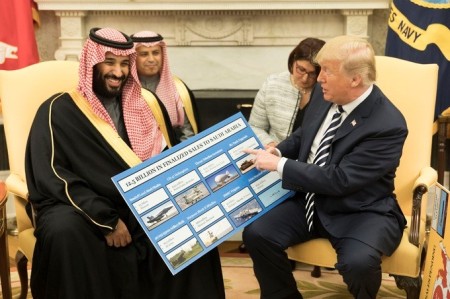 This article was originally published by Arab Centre Washington DC and is republished with their permission from http://arabcenterdc.org/policy_analyses/has-saudi-arabia-become-a-monarchy-of-fear/

The murder of prominent Saudi journalist Jamal Khashoggi reminded Americans that the United States remains aligned with Arab leaders who regularly repress, imprison, and kill opponents for expressing their political views. Khashoggi’s killing in the Saudi Arabian consulate in Istanbul on October 2 was an especially gruesome crime. To be sure, Washington has often backed regimes that employ lethal violence on a far grander scale. Egypt’s current president, General Abdel-Fattah el-Sisi, took power in a July 2013 military coup that ended the country’s brief and tumultuous democratic experiment. Less than a month later, Egyptian security forces slaughtered some 800 civilian protesters in Rabaa Square. Sisi’s government, backed by the judiciary, then proceeded to jail tens of thousands of Egyptians on vague or trumped-up charges. Yet President Barack Obama’s secretary of state, John Kerry, did not protest and even praised Sisi and his allies for “restoring democracy.” From a strictly moral point of view, then, was Kerry’s statement worse than President Donald Trump’s assertion that Khashoggi’s killing was probably the work of “rogue killers”? This assertion was taken up by Saudi leaders who proceeded to dismissalleged conspirators from their positions and imprison other collaborators—acts that are nevertheless seen by the world as only a cover-up for perfidious behavior by Crown Prince Mohammed bin Salman.

END_OF_DOCUMENT_TOKEN_TO_BE_REPLACED 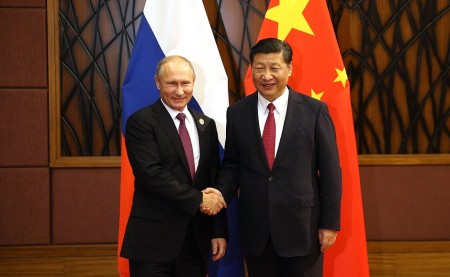 At a time when democracy is in recession and facing new challenges, it is worth looking back on essential literature written when democratic change was similarly challenged by authoritarian powers. Transitions from Authoritarian Rule, by Guillermo O’Donnell and Phillippe Schmitter, was a paradigmatic publication that set parameters and expectations for democratic transitions in U.S. policy and for democratic opposition groups in many parts of the world. Looking with a contemporary critical lens, it’s clear the sands of time have eroded the model’s validity. However, with some adaptation, the model provides some direction for new international landscape.

END_OF_DOCUMENT_TOKEN_TO_BE_REPLACED

Are you anticipating the 2018 Blue Wave? Do you expect the midterms to exceed, meet, or fail to […]

Bret Kavanaugh’s confirmation process has provoked a nationwide dispute over the state of American democracy, partisanship, and the lack of accountability for men in power accused of sexual assault and other sex-related criminal acts. His confirmation on Saturday solidified a conservative majority in the Supreme Court for years to come. The 5-4 majority could determine the outcomes of key juridical matters ranging from a possible indictment of the President, to a potential repeal of Roe versus Wade.

The Senate Judiciary Committee moved to confirm Kavanaugh on Friday following a week-long FBI investigation into the allegations made by Dr. Christine Blasey Ford, who accused Kavanaugh of sexually assaulting her while the two were in high school.